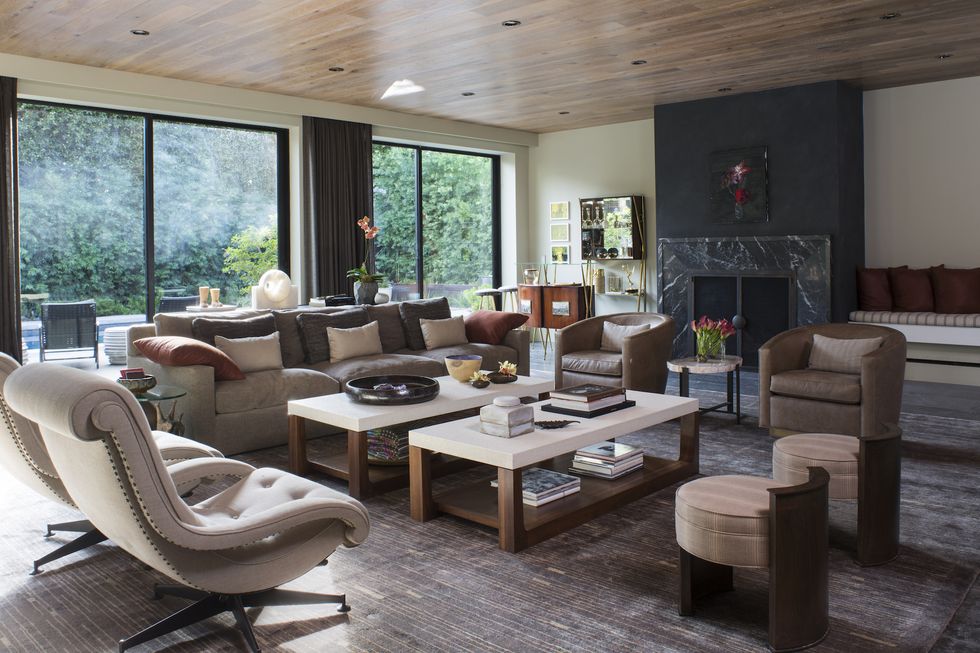 For any designer, trust is freedom. So when your client just so happens to be Joe Russo, the mastermind director and one half of the Russo Brothers duo, behind movies like Captain America and Avengers, trust is not only freedom, it’s imperative. “When your client isn’t always around, the design process becomes very interesting,” says Deirdre Doherty, interior designer and founder of her namesake firm, whose projects span the country and whose expertise earned her an A-list clientele.

Russo, who lives with his wife and four kids, enlisted Doherty to take his new Los Angeles house and make it a space for his family to grow, entertain, and most importantly, live. To make the home mature and kid-friendly all at once meant sourcing inventive materials, brainstorming a smart floor plan, and opting for durable and stylish finishes. Given his busy schedule, Russo would be away filming for many months out of the year, leaving Doherty with much of the creative freedom. But that isn’t to say that Joe and his wife were not active in the process. Despite the physical distance that was often present between the Russo family and their home, both Joe and his wife kept in close contact with Doherty throughout the almost decade-long renovation. From big picture planning to the meticulous details, they were engaged. “There were times where I would show Joe and his wife three materials, they’d give me the OK, and we’d move forward,” Doherty says. “They really understood the importance of trust in the creative process.”

Read and see more at elledecor.com.